Marking the internet of things

Bridging the gap between print and the internet is the Holy Grail of marketing.

While print is among the most effective and trusted media, online is super convenient, accessible and even more widely used. A new invisible marking system, DoT, is intent on bringing the two together and pushing the frontier of print communication.

The internet is gradually expanding, even if a comprehensive internet of things is yet to become a reality. More and more objects are manufactured with their own link to the web. Computer chips are embedded in products, whether
they’re needed or not. Intelligent products are increasingly attracting a premium, as they autonomously report back to the manufacturers, or allow owners to contact them when required. It is trend that will only increase.

The inherent problem of linking products to the internet is their vulnerability to hacking and failure. An active link can be a weak spot. An alternative is to have an embedded inanimate link that is only exercised when required. To date, marking products for internet recognition has involved including artefacts such as bar codes and QR codes, often clunky and unattractive. Now an algorithm of invisible markings, Data on Things (DoT) is providing a link, easily and quickly, from just about anything to the web.

The ambition of DoT is to make every product smarter, be it in print or otherwise. Presented to the Australian industry by Infinite Coding Technology, it is a foolproof, fast and cheap identification system that can deliver marketing engagement as well as product security. It’s the belief of Eddie Gulmen, CEO, Infinite Coding Technology, that the entire manufacturing chain, not just printing, will eventually bear invisible markings that identify brands and indemnify consumers against counterfeit. Gulmen is an evangelist for the opportunity to ensure that all printing in the future will be able to easily link to the internet. Coming from his own print engineering background he sees the value for every print promotion (such as the cover of this magazine, as well as the Gulmen advertisement on the opposite page – go on, try it) to carry its own DoT invisible markings. These can link the artwork to anywhere, even before it is printed, ie from a computer screen. The increasing usage of mobile phones is driving the internet of things.

Consumers are becoming accustomed to access further information about everything they engage with via their phones. They download and use utility apps with growing ease. In certain markets, especially in Asia, they are increasingly demanding authentication of brands, to ensure they are getting what they pay for. Embedding DoT takes place on multiple levels. In print there are at least two levels; one for marketing, the other for security (authentication). The level of complexity in the security model prevents the invisible dots from being copied. The marketing technique is used to develop a variety of pathways for engagement and further information. Either way the digital dots cannot be seen by the naked eye. Produced at 557 dots per square millimetre (think 600 dpi), the unique pattern encodes as much or as little information as required, without intruding on the imagery. At this stage, to use DoT requires the image to be encoded by Infinite Technology (via email or WeTransfer or similar file sharing sites) with Gulmen guaranteeing 24-hour turnaround. A secure website is in the works.

Consumers are encouraged to download the ScanM App from the web to increase the utility and popularity of the technique. It’s simple and easy to do. Gulmen is convinced that as more people realise how quick and convenient it is to engage with the advertisements they see everywhere demand will take off. It is early days but he is super confident. DoT is not confined to data dots. For other applications items can be coded through sounds or colour. The aim is that eventually everything in your environment will carry a hidden message to be unlocked via ScanM or similar apps on your mobile phone. For the present download ScanM now and see for yourself. 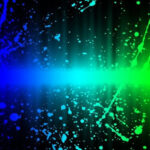 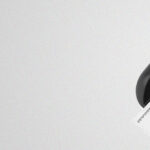